Lisbon cultural side and the welcoming start-up environment are the recent aspects of this city that have been recognized abroad. The capital of Portugal remains an attractive and trendy destination for tourists, people looking to relocate and entrepreneurs.

Lisbon got the first place in the “Culture Dynamism” ranking among cities between 500 000 and 1 million inhabitants, part of the “The Culture and Creative Cities Monitor” developed by the European Comission. The report explains how it got the top position: “In recent years, the local authorities have taken new action to strengthen the economic potential of arts, culture and creativity. Co-working spaces, fab labs and start-up incubators are now available in the rehabilitated urban areas. In addition to long-lived international events such as the Lisbon Architecture Triennale, the Lisbon Fashion Week and the Lisbon & Estoril Film Festival, the city has started to host new creativity-related events, such as the European Creative Hubs Forum in 2015, connecting over 200 creative hubs across Europe.”

If you are interested in exploring the city, the Guardian leaves you some tips in a recent article: 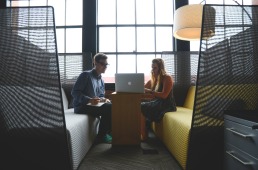 In the ranking by “PeoplePerHour”, a large UK-based platform for freelancers, Lisbon comes in fourth place in a world ranking, ahead of cities like San Diego (USA) and London (UK). The ranking evaluates aspects like life quality, cost of offices and easiness to start a new business.

Portugal is also the host city of the renown WebSummit, “the largest tech conference in the world”, yet another proof of the city’s value for entrepreneurs.